TypeScript, or Why so complicated

In the last few years, TypeScript, which started as "just another JavaScript with classes", managed to develop into a complex tool for strictly typing complicated JavaScript code. From the developer's point of view, everything became more obvious and straightforward. But not everything is that obvious as it seems to be.

In this talk we'll try to figure out, which pitfalls are hidden in the type system provided by TypeScript language, why it is actually so complicated, and how it directly affects TypeScript language support from the viewpoint of IDEs and other developer tools, sometimes in a very unexpected way. 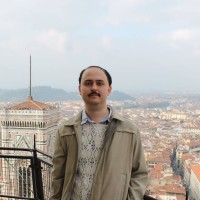 The last four years of his work are devoted to writing IDE support for languages used in web development, mainly TypeScript and JavaScript, at JetBrains. Started at the ReSharper project, where implemented support for ES6, TypeScript 1.4–2.2, React and Angular 2. Now is a part of the WebStorm team.

Besides his work, is fond of learning foreign languages and traveling.